When you’re so abhorrent that Rebel Media fires you and big social media outlets know you by name — in a very bad way — it’s time to rethink your thought processes. I could analyze this, but it’s just flat-out ill. What I will say is that the hard right — Trump, Ford, Scheer — use these screwballs as stalking horses and need to be called to account. Either these “populist” politicians believe in alt-right preachings on race, religion and gender or they do not. There is no “greater good” in exploiting alt-right voters and then lying to yourself that you’ll “govern from the centre” and “for the people”.

I am not a huge fan of social media bans, but outfits like Facebook and Twitter have the right to keep Nazi propaganda-porn off their sites. Laura Loomer’s threat to kill herself after she was blacklisted by Facebook shows how scrambled her thinking has become. Her friends and family should intervene. So far, the “Fascist-as-victim” stuff has been great for fundraising, but it’s obviously taking its toll on Loomer, who has become crazier and meaner as the months roll by. She was simply absurd when making a fool of herself on behalf of Ezra Levant’s ugly little “news” channel. Now she’s literally screaming for attention.

Canada’s own Faith Goldy, who’s so abhorrent that Airbnb doesn’t want her in their houses  and Facebook won’t take her business, needs to reassess her relationship with the rest of humankind.

Here’s a handy guide for Faith Goldy and her friends/followers to start them down the path to self-awareness: 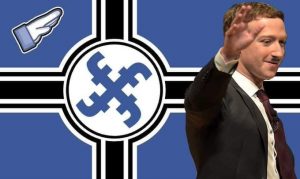